The Glitch & The Fix: Pellet particulars

Figure 1 shows a piping layout that was used to retrofit a pellet-fired boiler to an existing 4-zone heating system supplied by an oil-fired boiler. The pellet boiler is protected against sustained flue gas condensation by a “loading unit,” which combines a circulator with a thermostatic mixing valve. The distribution system is connected to the retrofitted pellet boiler piping using a pair of closely spaced tees. Can you spot several errors in this piping layout and propose modifications that would correct them? 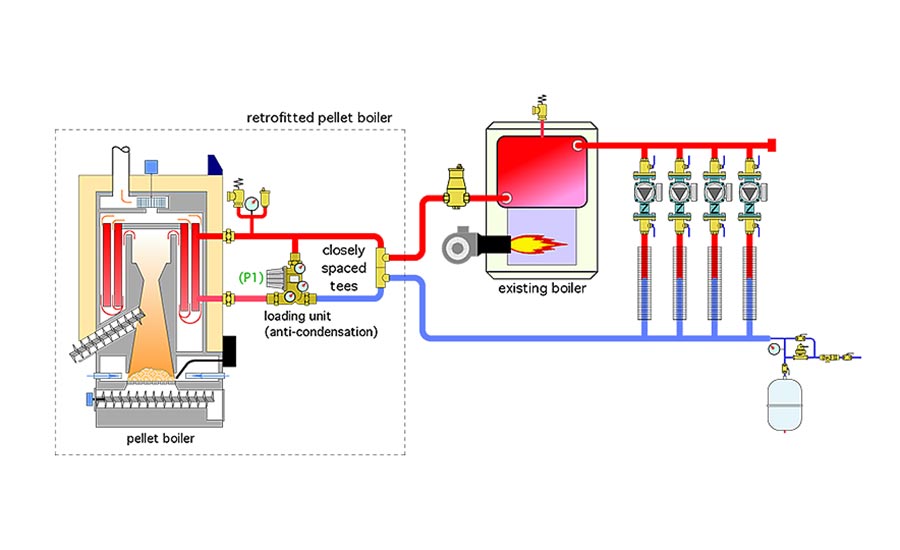 First and foremost: Pellet boilers need thermal storage. They are not designed to turn on and off multiple times each hour. Once started, pellet boilers should operate for multiple hours. A suggested average on-time is 3 hours per start. I’ve witnessed well-designed pellet boiler systems in which boiler had burn cycles lasting about 7 hours.

There are two reasons for this. One is to maximize the overall thermal efficiency of the boiler. The longer the burn cycle, the more time the boiler operates at or near steady state combustion conditions. The second reason — reduced emissions — follows as a result of the first.

The corrected system, shown in Figure 2, has a thermal storage tank with a minimum capacity of 2 gallons per 1,000 Btu/h of pellet boiler rating. It’s piped as a “3-pipe” configuration. This allows heat to go from the pellet boiler directly to the load when both are operating at the same time. It also helps preserve beneficial temperature stratification within the tank. 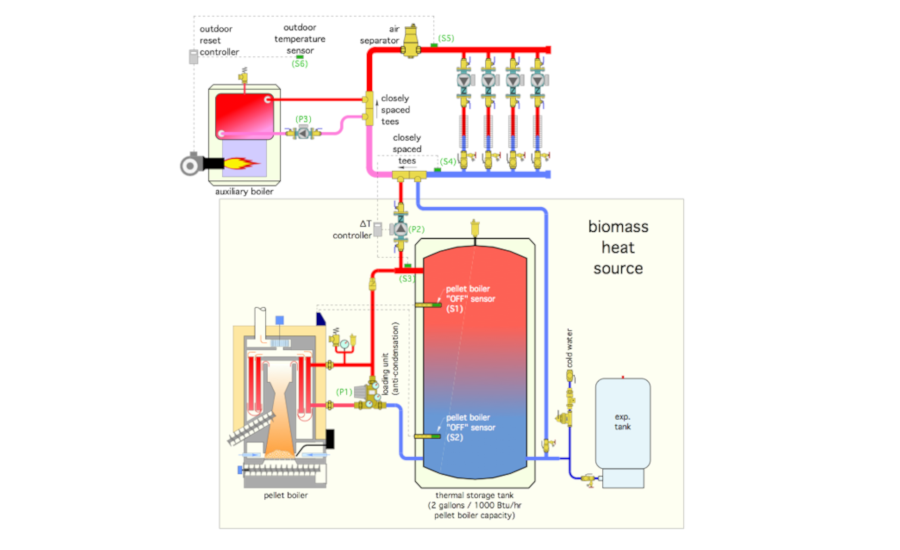 Other problems with the original layout include:

Download The Glitch and Fix: March 2021 in pdf form.