An installer recently read about the benefits of piping a buffer tank in a “2-pipe” configuration.  One benefit was “direct to load” heat transfer when the load and heat source are operation simultaneously. Another benefit, under the same operating conditions, was enhanced stratification within the tank due to reduced flow rate into and out of the buffer tank. The piping used by the installer is shown in Figure 1. 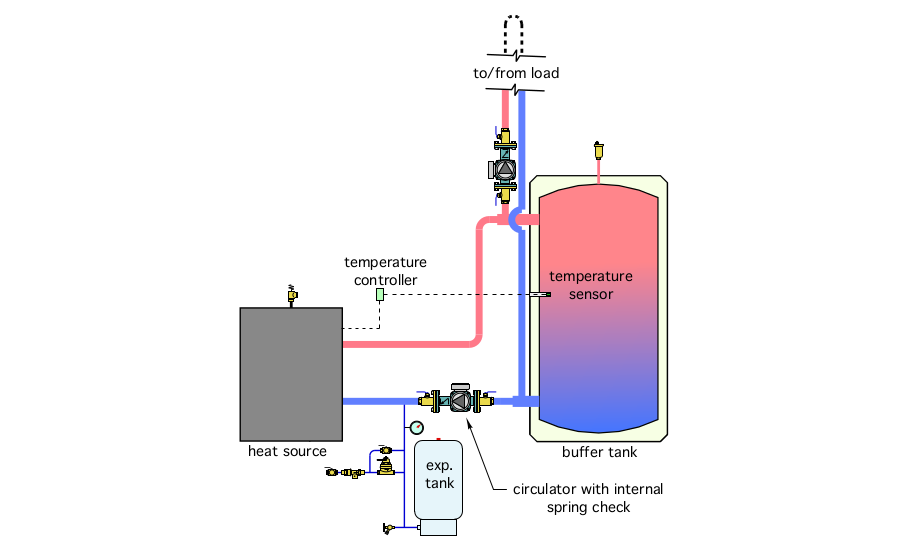 Ah, but isn’t there a spring check valve in the heat source circulator to prevent all this?  Yes, that check valve is there, but it has a relatively low forward opening resistance of perhaps 0.3 to 0.5 psi. This is usually insufficient to prevent the undesired flow through the inactive heat source, especially if the piping path through the buffer tank has higher than necessary flow resistance due to several feet of piping, or several fittings.

A modified piping diagram is shown in Figure 2. 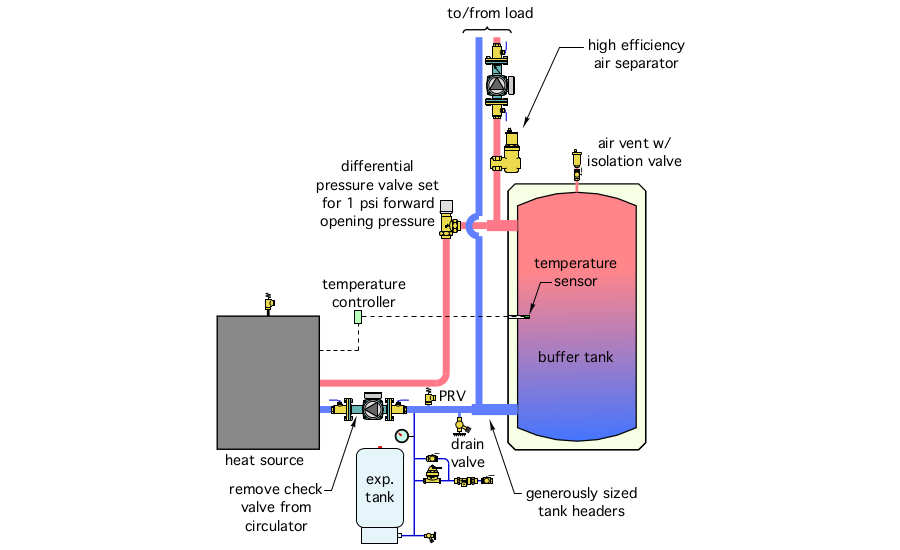 Here’s a summary of the changes and improvements:

2. The piping leading to the heat emitters is connected as close as possible to the tank. This, in combination with short and generously sized headers at the tank, keep the head loss through the tank as low as possible, and thus encourage flow returning from the load to pass through the tank rather than “attempt” to flow through the heat source piping.

3. The expansion tank is connected on the inlet side of the heat source circulator.

4. A central air separator has been included in the piping leading to the load to ensure good separation of microbubbles at a location where the water is at a relatively high temperature.

5. A drain valve has been added to allow the tank to be drained if necessary.

6. A small ball valve has been installed under the float vent at the top of the buffer tank to allow the latter to be isolated and serviced if necessary.

7. The check valve has been removed from the heat source circulator to ensure that any pressure increase can “communicate” with the expansion tank.

Download The Glitch and Fix: January 2021 in pdf form.