The Glitch and Fix: Dampened response

An installer is asked to pipe two independent zones of high mass floor heating to a conventional gas-fired boiler. The layout he chooses is shown in Figure 1. Two 1-inch pipe size thermostatic mixing valves are used to provide two different supply temperature settings. Each manifold station is expected to operate at 10 gallons per minute of flow.

Can you spot several errors in this layout? Can you come up with an improvement?  By the way, I’ve left you a hint at the boiler. 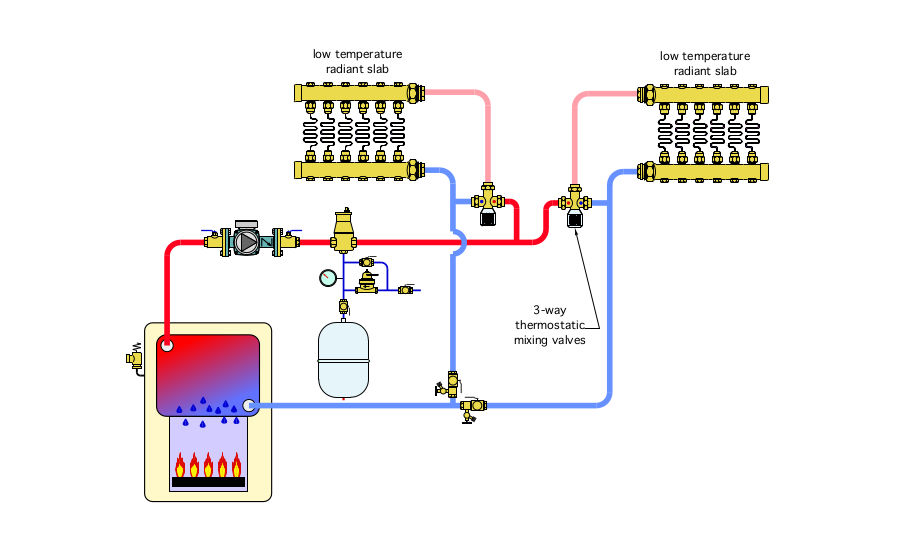 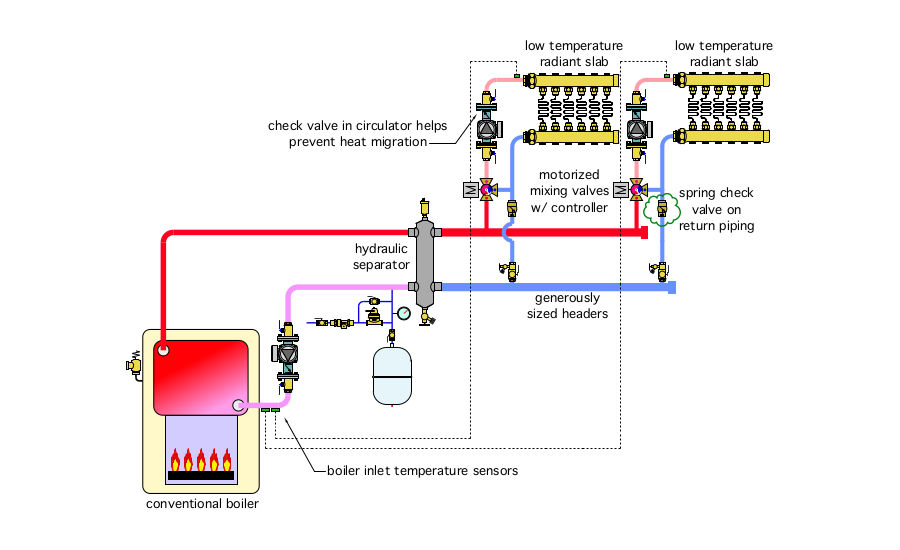 Several errors are present in the original drawing. They are listed below. Figure 2 shows one way to correct all of them.

Please read here to view The Glitch and Fix: October 2019 in pdf form.