A multiple boiler system using sectional cast-iron boilers has been configured to supply two loads as shown below. A “crossover pipe” is installed in case the flow rate in the primary circuit is different from the flow through the boilers. There are several piping errors in this proposed design. Can you spot at least five of them? 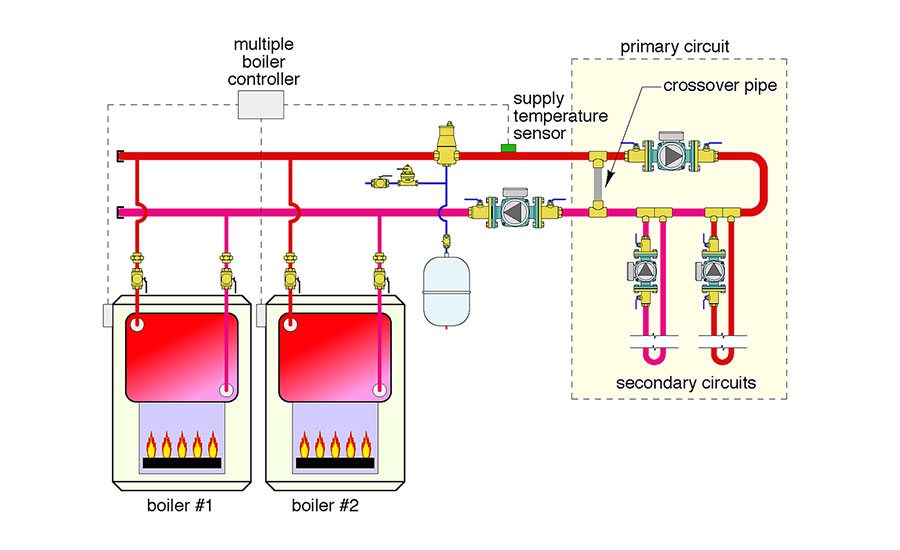 The solution shown doesn’t require primary/secondary piping or closely spaced tees. It provides the same supply water temperature to each load circuit. This eliminates the temperature drop from one secondary circuit to the other, which would otherwise be present when a series primary loop is used. This arrangement also provides hydraulic separation of the load circulators based on a very low head loss through the hydraulic separator and “short/fat” headers. The hydraulic separator also provides air and dirt separation for the system, and thus eliminates the need for the air separator in the glitch drawing. 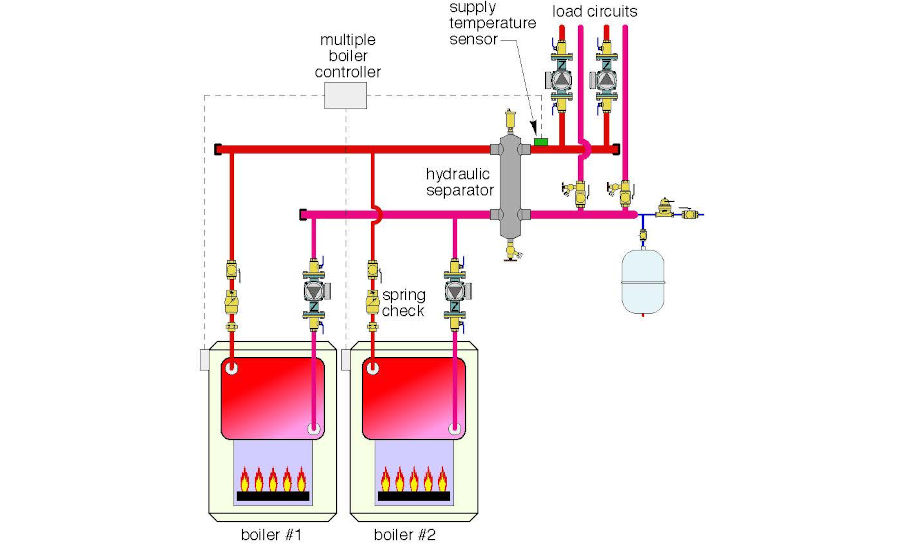 Here’s a summary of the other corrections: