An installer is asked to design a two zone radiant panel heating system. Due to panel construction, two independently controlled water temperatures are necessary. These will be achieved with two independently operating motorized 3-way mixing valves and their associated electronic controllers. A thermostatic mixing valve with a Cv of 3.0 will be used to boost the inlet water temperature to the cast-iron gas-fired boiler to 130 ºF to avoid sustained flue gas condensation. A schematic for the as-installed system is shown below. Can you spot several details that will lead to problems? How would you design the system differently? 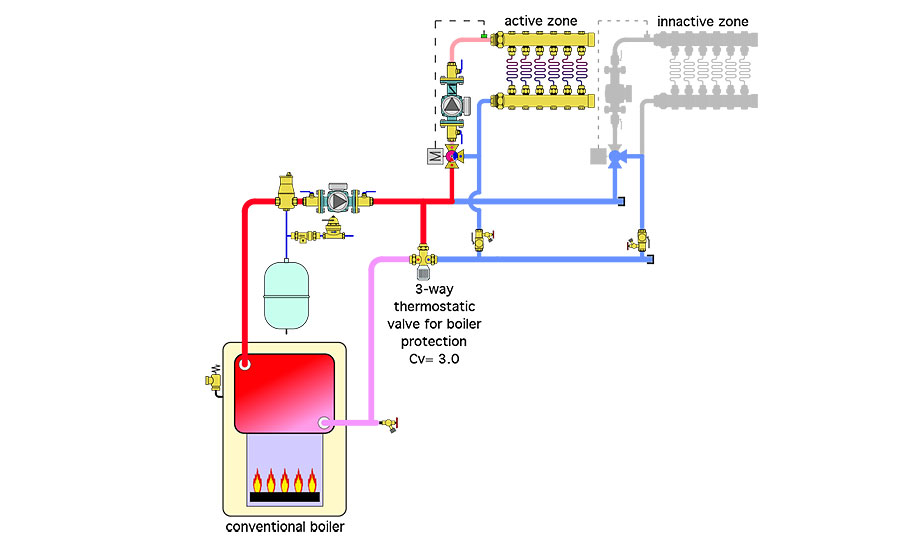 There are several problems with this layout.

These shortcomings have been corrected in the “fix” drawing below. 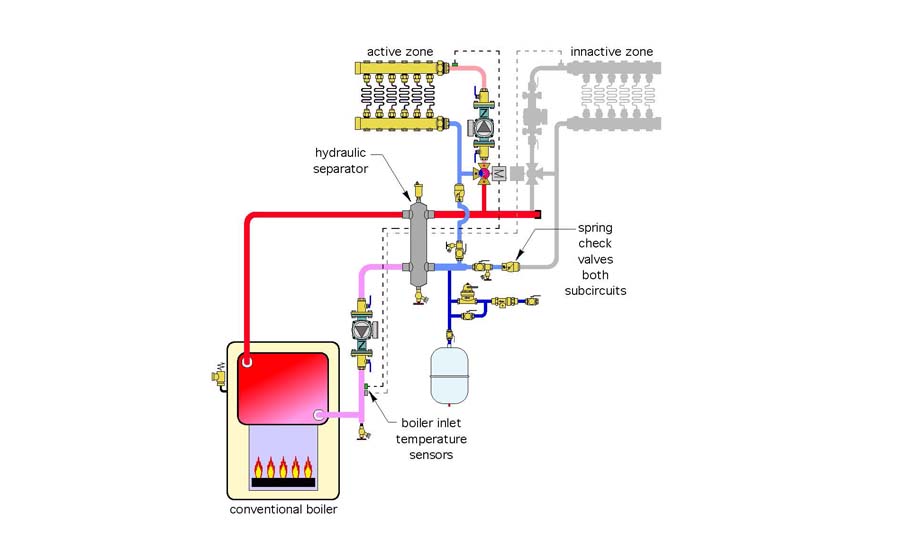 A spring loaded check valve has been added to the return side of each sub-circuit to prevent flow reversal when one zone is on and the other is off.

Most controllers designed to operate 3-way motorized mixing valves have a boiler “anti-condensation” function. When this type of controller is equipped with a temperature sensor mounted at the boiler inlet, it can reduce hot water flow into the hot port of the mixing valve so that the boiler inlet temperature quickly climbs and remains above the dewpoint of the exhaust gases (typically about 130 ºF). Taking advantage of this feature eliminates the need for a thermostatic mixing valve and simplifies the system. The boiler sensor is usually “in the box” with the mixing valve controller - use it.

The make up water assembly has been moved to allow for efficient system purging.  This location also keeps the tank shell slightly cooler than when the tank is on the supply side of the boiler.

A bypass ball valve has been added to the make-up water assembly to allow maximum flow into the system during purging.

Another ball valve has been added to isolation the expansion tank for service or replacement without draining the system.