A hydronic system is to supply four panel radiators, each with their own thermostatic radiator valve, and an indirect water heater from a gas-fired sectional cast-iron boiler.  The system is designed using primary / secondary piping as shown below.  The primary circulator operates whenever the space heating load or the indirect water heater call for heat.  All circulators are standard, fixed speed, wet rotor units.

a. Can you spot at least 6 details that are incorrect?

b. Beyond the incorrect details, are there ways to improve the design to provide the same functionality with fewer components? 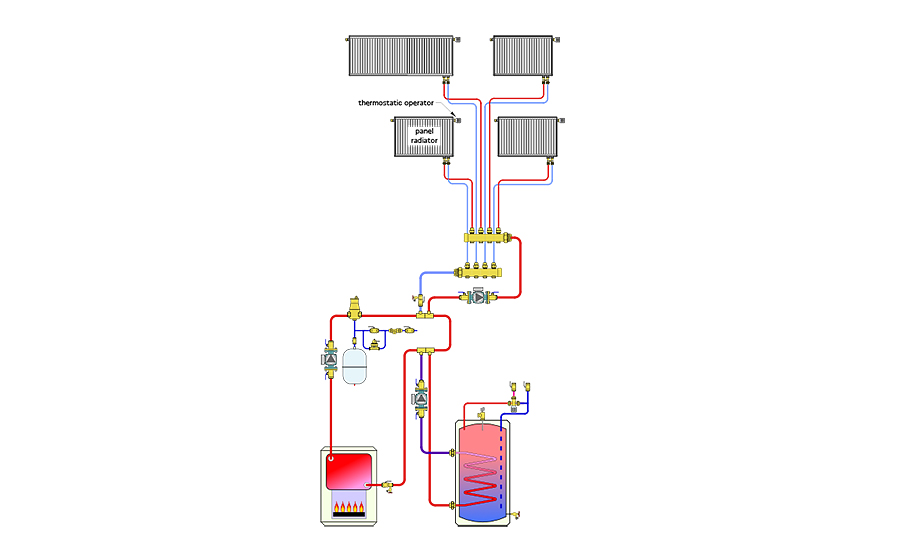 Before looking at improvement, here’s a tally of the errors on the primary/secondary approach:

The fix drawing shows what I consider to be an improved design that provides the same functionality.  It eliminates one of the circulators and both sets of closely spaced tees required in the previous approach. 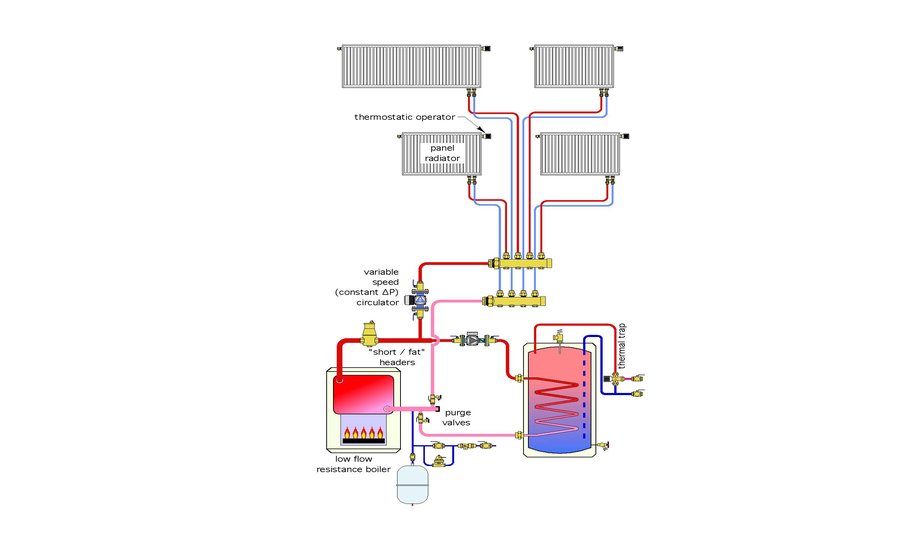 The loads do not require this to be a primary / secondary system.  The low head loss boiler and generously sized header piping provide sufficient hydraulic separation between the two circulators, even when one of the loads operates with a variable speed circulator. Just keep the headers relatively short, and sized for a maximum flow velocity of 2 feet per second. This approach eliminates both the installation and operating cost of a primary circulator.

A thermal trap is shown on the piping leading to the thermostatic mixing valve on the indirect water heater.

Because of the very low hydraulic resistance of the boiler and headers it is possible to locate the system’s expansion tank on the inlet of the boiler where its temperature will remain a bit cooler, and thus its internal air pressure will be less effected by the elevated water temperature in the system.