A cordwood gasification boiler gets piped as shown. The boiler has a steel fire-tube heat exchanger. The tank is non-pressurized and has a vent hole through the upper lid. The heat extraction portion of the system is not shown. Can you identify at least five errors with this configuration? 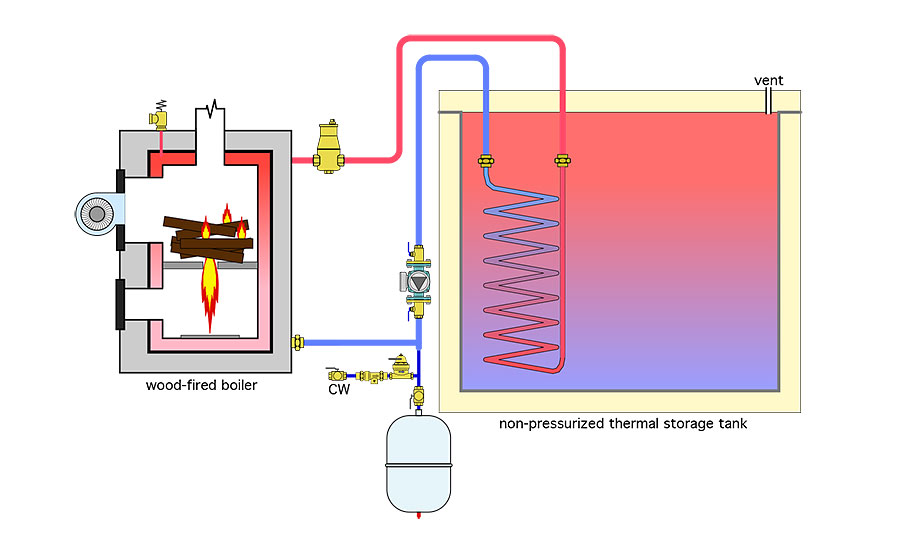 Here are the shortcomings of the original design:

These details have been resolved in the fix drawing below. 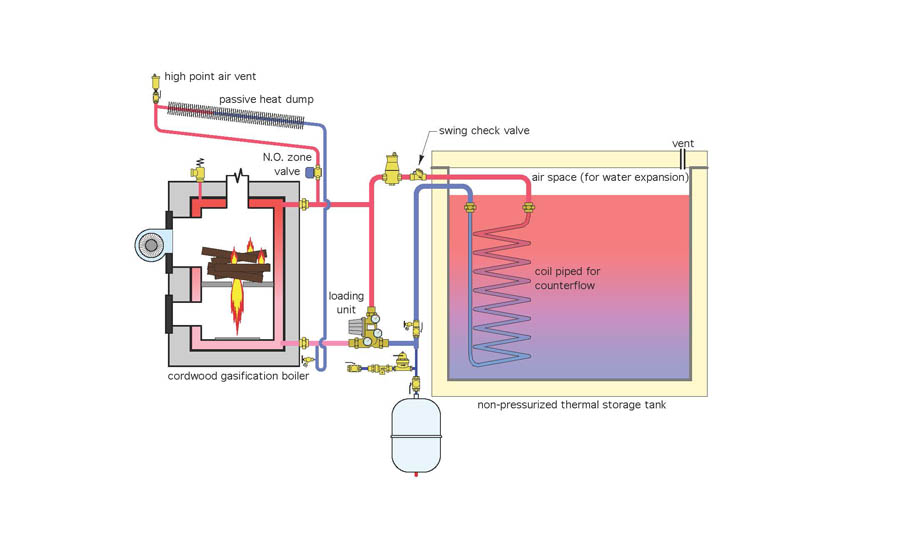