The Glitch and Fix: Lose the loop

The schematic in Figure 1 represents a drawing I recently reviewed for a proposed system that was to supply three zones of finned-tube based, two zones of low-temperature radiant panel heating, and an indirect domestic water heater. It called for a variable-speed circulator that responds to ∆P as the system’s “main circulator.”

Can you identify some probable operating problems if the system is installed as shown? Can you devise a better approach? 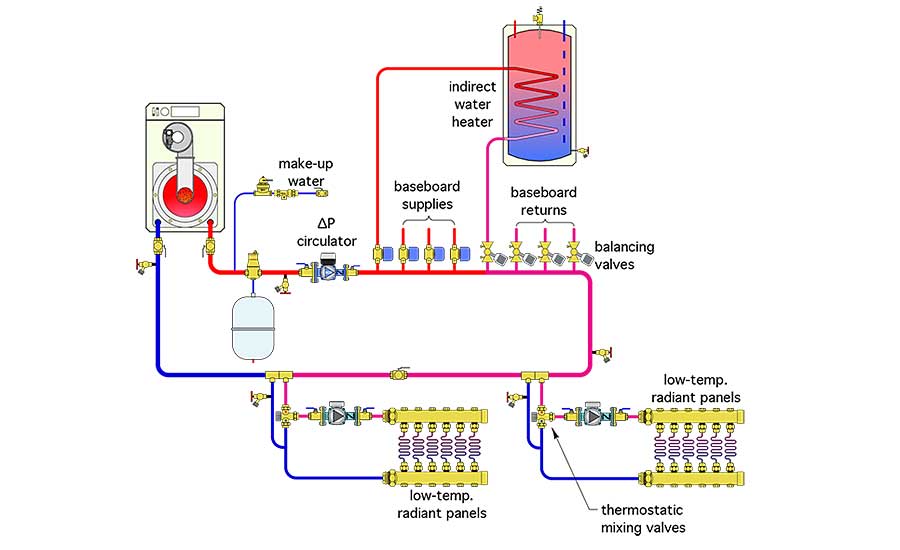 As shown in the Glitch drawing above (Figure 1), the ∆P circulator will experience very little change in flow resistance upon which to base its operating speed. The only change would be a slight drop in pressure as the zone valves supplying the baseboard zones and indirect water heat open and close. The key word here is slight. This is not a good way to apply a ∆P circulator.

Another possible problem is flow reversal at the closely spaced tees, depending on the flow rate in the boiler loop versus the radiant panel circuits.

Other issues include poorly placed hose bids that were likely installed with the intent of purging. They will help, but they are not going to work as good as properly placed purging valves.

One way to create a system which could serve the same loads is shown in Figure 2. 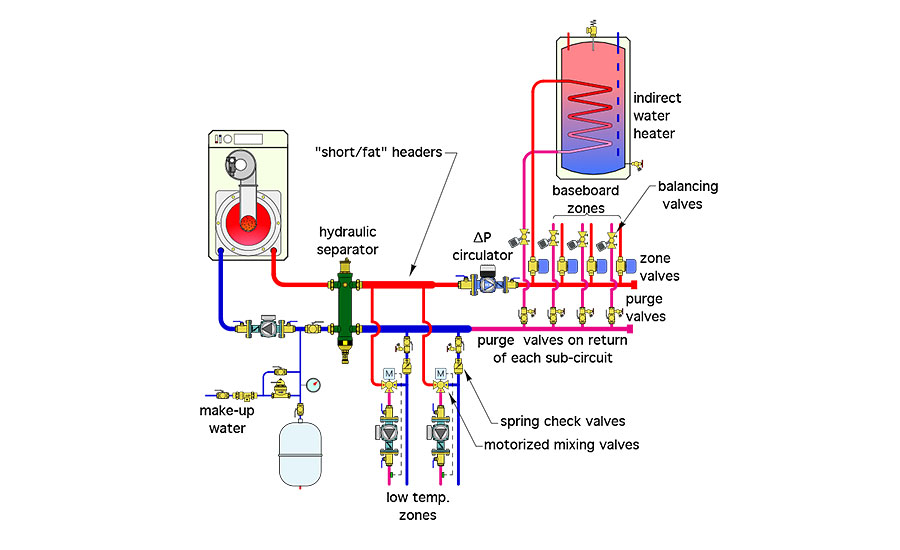 Each load circuit has a purging valve where it tees into the return header.

There are also spring-loaded check valves on the return side of each radiant panel subsystem. They protect against flow crossover between the headers, and through the motorized mixing valves, when the low temperature loads are off and the internal spool of the mixing valve is at an intermediate position.

Finally, I would recommend insulating all piping and components between the boiler and indirect water heater (at minimum). This piping will be carrying hot water during summer, and heat loss from it only contributes to the home’s cooling load in summer.

Please read here to view The Glitch and Fix: February 2019 in pdf form.