The Glitch and Fix: Subtle differences

An installer needs to provide heat from a conventional gas-fired boiler to a large buffer tank. The tank is necessary because of a highly zoned distribution system. The installer realizes that there could be times when the water temperature in the tank is relatively cool, and that this could cause sustained flue gas condensation within the boiler. To counteract this he installs a variable speed temperature-regulated “bypass circulator” as shown in Figure 1. The rationale is that this circulator will speed up when the boiler inlet temperature is below the dew point of the flue gases, and push plenty of hot water from the boiler’s outlet into the tee below to boost boiler inlet temperature. Will this work? Justify your answer either way. 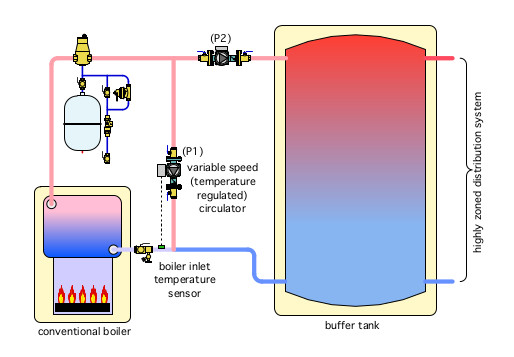 The answer to the question posed at the end of the November Glitch column is no.

The reason is that proper boiler protection requires a “thermal clutch” between the boiler and its load. That “clutch” must be capable of completely decoupling the boiler from the load at times. This is necessary to allow the boiler to “accept” cool water from the load at a rate that doesn’t pull the boiler inlet temperature below the dew point of the flue gases. There is no way that the piping in figure 1 could do this - regardless of how large the bypass circulator is, or how fast it’s running.

However, if the piping and circulators are rearranged as shown in Figure 2, it is possible for the load to be completely decoupled from the boiler. 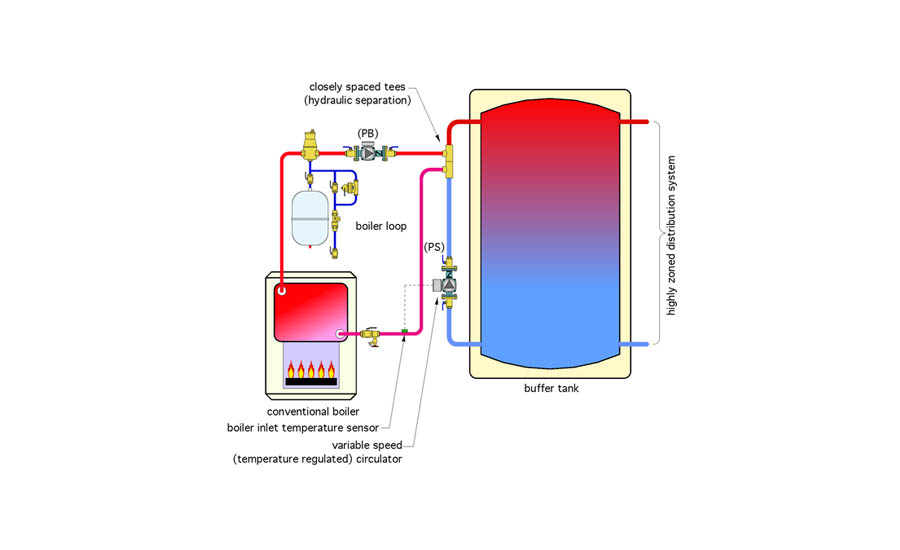 Please read here to view The Glitch and Fix: November 2018 in pdf form.