Sometimes multiple mistakes show up in small portions of hydronic systems. The piping configuration shown in Figure 1 is one example. It represents a simple secondary circuit within a primary/secondary system. Can you spot at least four specific installation details that could create problems within this system? 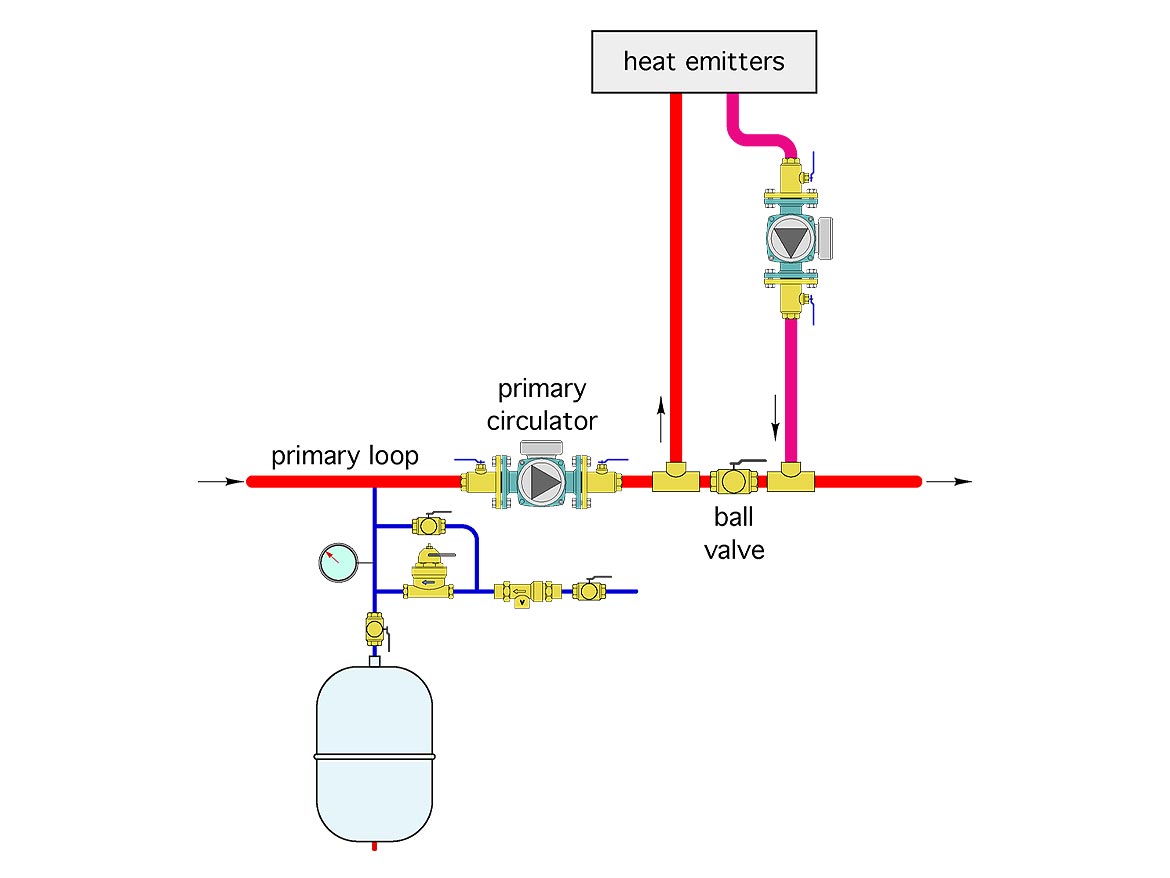 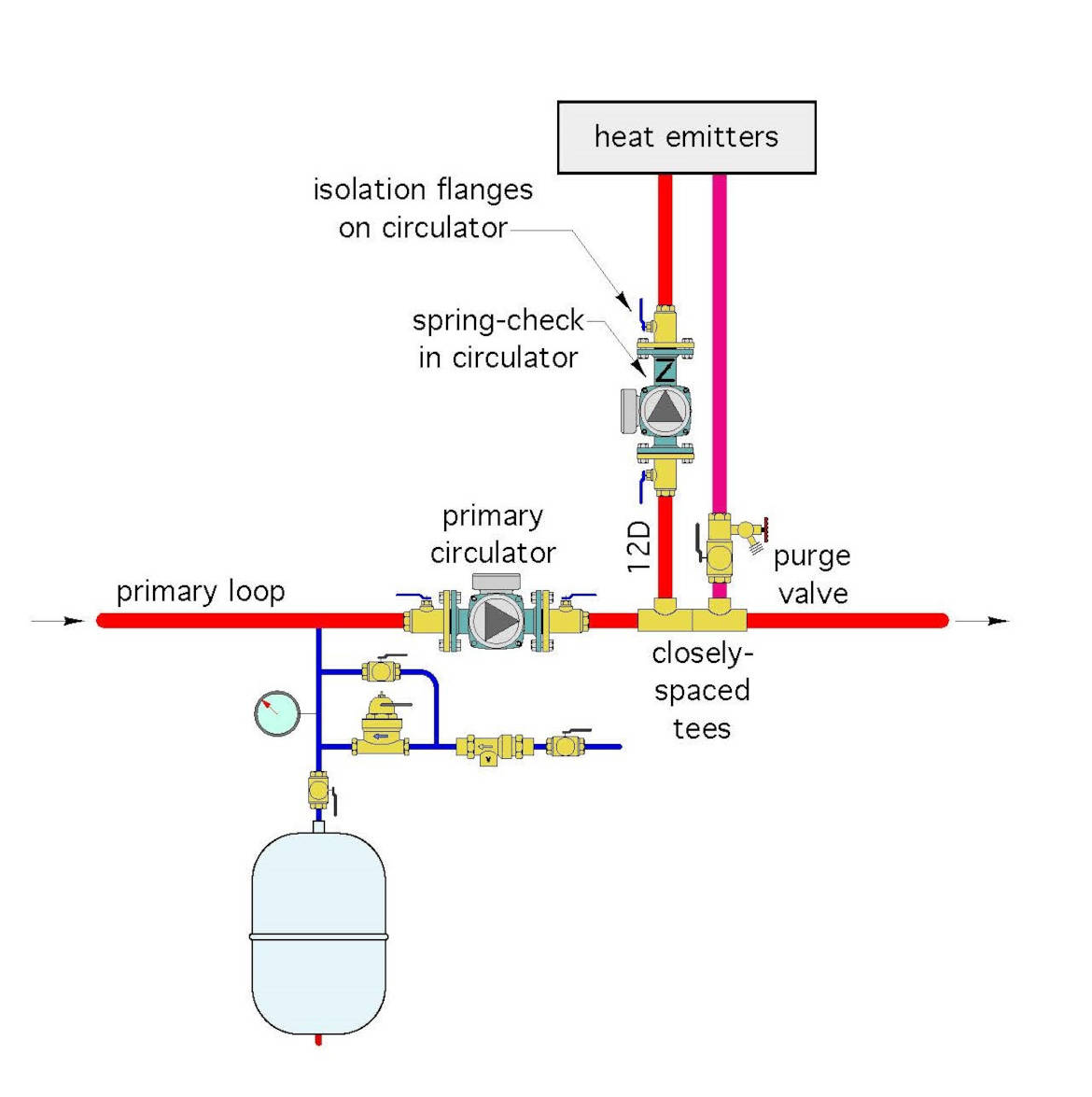 All secondary circuits also need a means of prevent heat migration into the circuit when it is not operating. A spring loaded check valve, either inside the secondary circulator or downstream of it, is a good check. An older-style flow-check valve is another possibility.