The system uses a temperature setpoint controller to operate the heat pump so the buffer tank is maintained between 110° F and 130° F. It also uses a 4-way motorized mixing valve to control the supply water temperature to the distribution system based on outdoor reset control. At design load, the distribution system requires 125°. The heat pump is enabled to operate whenever any of the zone thermostats call for heat. The system has a 2 gallon expansion tank.

Can you identify several details that are wrong, and propose a better design? 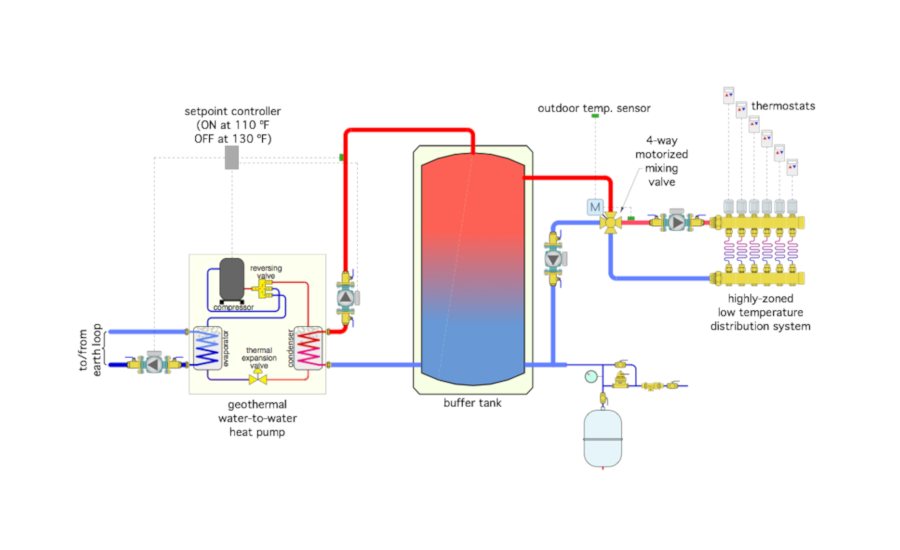 The key to good performance with water-to-water heat pumps is keeping the load water temperature as low as possible. It makes no sense to maintain the buffer tank at a higher temperature than necessary, and then mix down to achieve the required supply water temperature to the heat emitters. The 4-way mixing valve, which is specifically intended to interface a conventional boiler to a low temperature load is completely unnecessary, and has been eliminated in Figure 2. 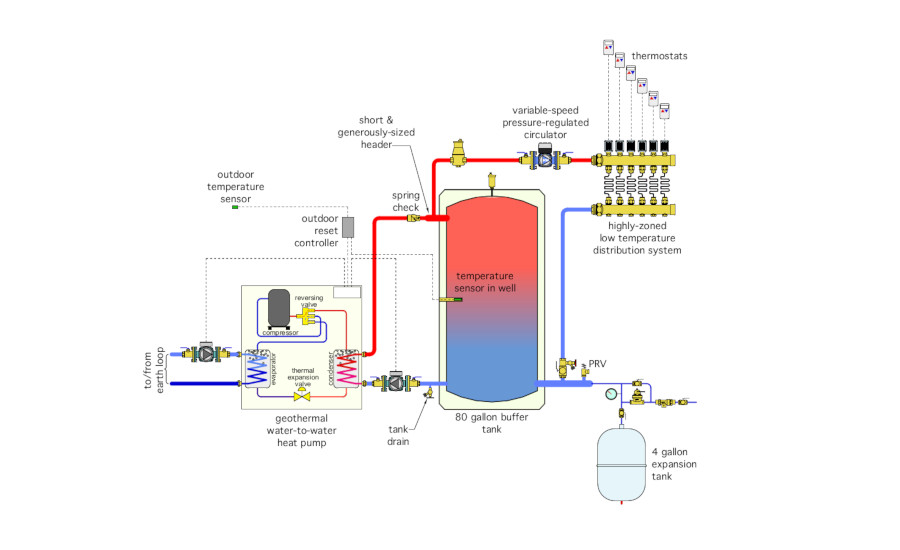