Can you spot some shortcomings of this layout, and suggest a better way to accomplish the same objectives? 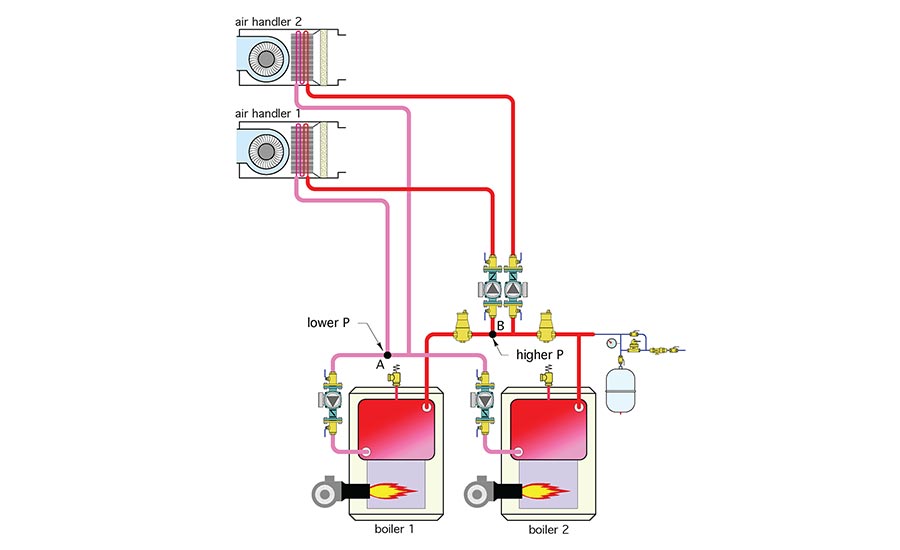 If you look carefully, you will also see the coils in the air handlers are not piped for counterflow heat exchange. Since the air passing through the coil is increasing temperature right to left, the water flowing through the coil should be going in the opposite direction, left to right. This increases the average temperature difference between the air and water, and thus increases the rate of heat transfer.

Instead of having the circulators interfere with each other, or spending money on two air separators, pipe the system as shown in Figure 2. 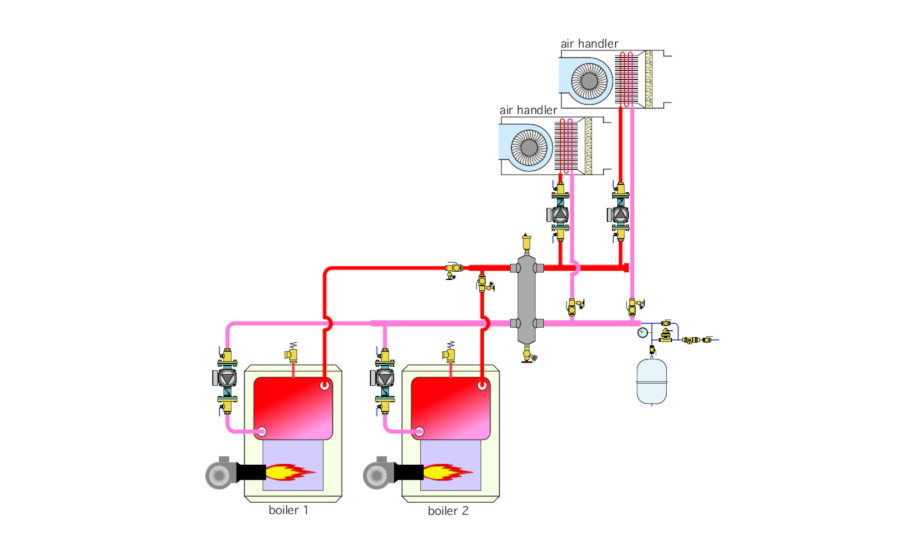 Each boiler connects to generously sized headers that lead to a hydraulic separator.  This device also provides central air and dirt separation for the system. Another set of short and generously sized headers connects to the two zone circulators supplying the air handlers.  Either air handler can be supplied from either boiler, or from both boilers firing simultaneously if needed. Each boiler can be fully isolated if necessary for service, without affecting operation of the other boiler. The combination of short, generously sized headers and the hydraulic separator prevent interference between the circulators and eliminates “ghost flow” through zones that are supposed to be off.

Download The Glitch and Fix: November 2020 in pdf form.

Uponor sells its share in the joint venture Phyn