The Glitch: Eager to keep up with this new technology, an installer decides to install a hydraulic separator between a boiler and distribution system as shown below. The space heating loads consist of two “unmixed” zone circuits, and one mixed zone circuit. The installer connects the unmixed higher temperature loads upstream of the mixed lower temperature load.  All the load circuits are supposed to operate independently. The indirect water heater is operated as a priority load.

When the system was turned on, there was very little warmth from the low temperature loads. What’s the problem? Can you also spot a few more missing or incorrect details? 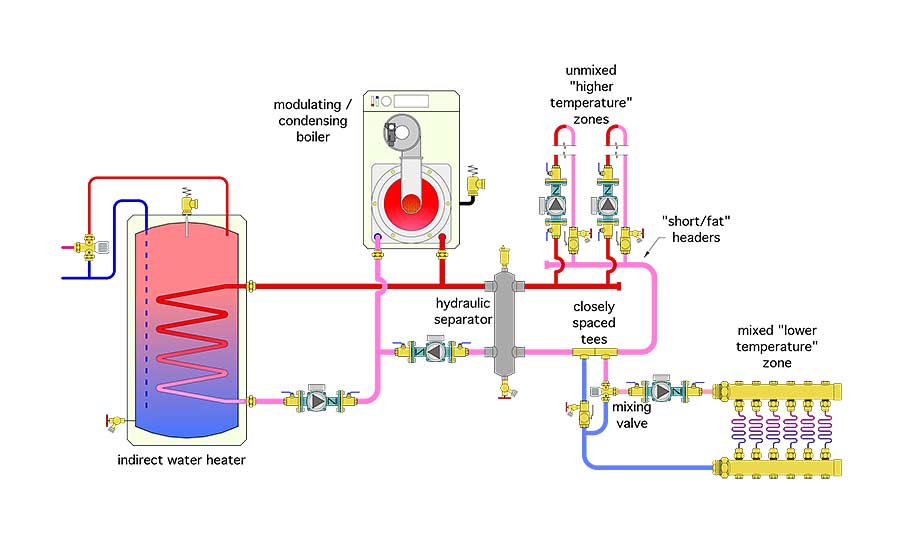 The Fix: A hydraulic separator eliminates the need to use closely spaced tees when connecting load circuits.  All load circuits can be piped across the headers. Those headers should be short, and generously sized. This keeps the pressure drop along the length of the header extremely small (e.g. negligible). The slow flow rate along the vertical height of the hydraulic separator adds virtually nothing to this pressure drop. Thus, the differential pressure between the upper and lower headers is essentially zero. Each load connected across the headers is unable to detect the presence of the other load circuits. 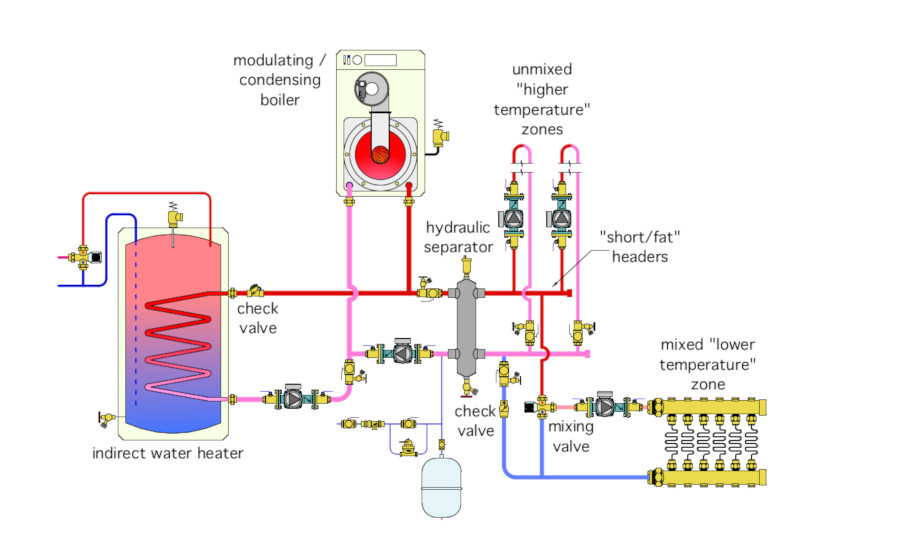 Other errors in the original system, that have been corrected in the fix drawing include:

Please read here to view The Glitch and Fix: December 2018 in pdf form.