An unpressurized outdoor wood-fired heater rated at 150,000 Btu/h output, is installed to supply heat to fin-tube baseboard install in a two-story home as shown in the drawing below. The outdoor heater has its own 1/12-hp cast-iron circulator. Heated water is carried through 1” insulated underground PEX tubing from the outdoor unit to the house, which is about 150’ away. The 1” PEX tubing passes through the foundation wall and transitions straight into 1” copper tubing. From there, the system divides the flow up into several ½” PEX homerun circuits serving several baseboards in the house. Each baseboard has a float type air vent teed to its return end to eliminate air at the system's high points.

Can you identify, describe, and propose a fix for several problems that are likely to develop with this system? 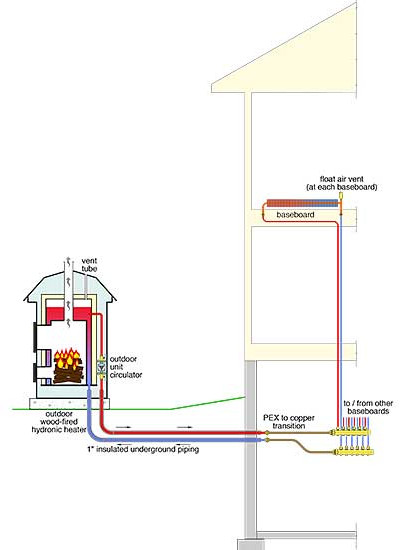 The Glitch: Can you identify, describe, and propose a fix for several problems that are likely to develop with this system?

Several problems are going to show up very quickly. Others will show up as the system ages.

The drawing below shows ways to correct these problems: 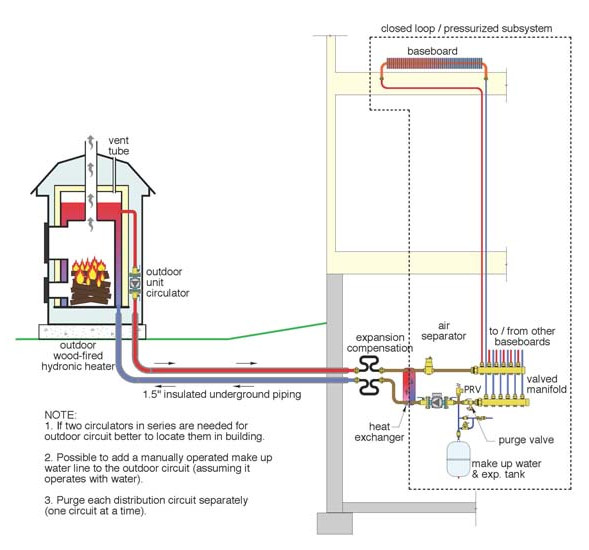 The Fix: This drawing shows ways to correct these problems.

Check out Level-headed in pdf form.