A more renewable way for your customers' process

At one point, solar thermal systems were limited as to the temperature they could safely reach. Then High-Temperature Solar Thermal (HTST) Technology was invented. High temperate solar thermal can be used to generate steam.

There are several types of High-Temperature Solar Thermal. 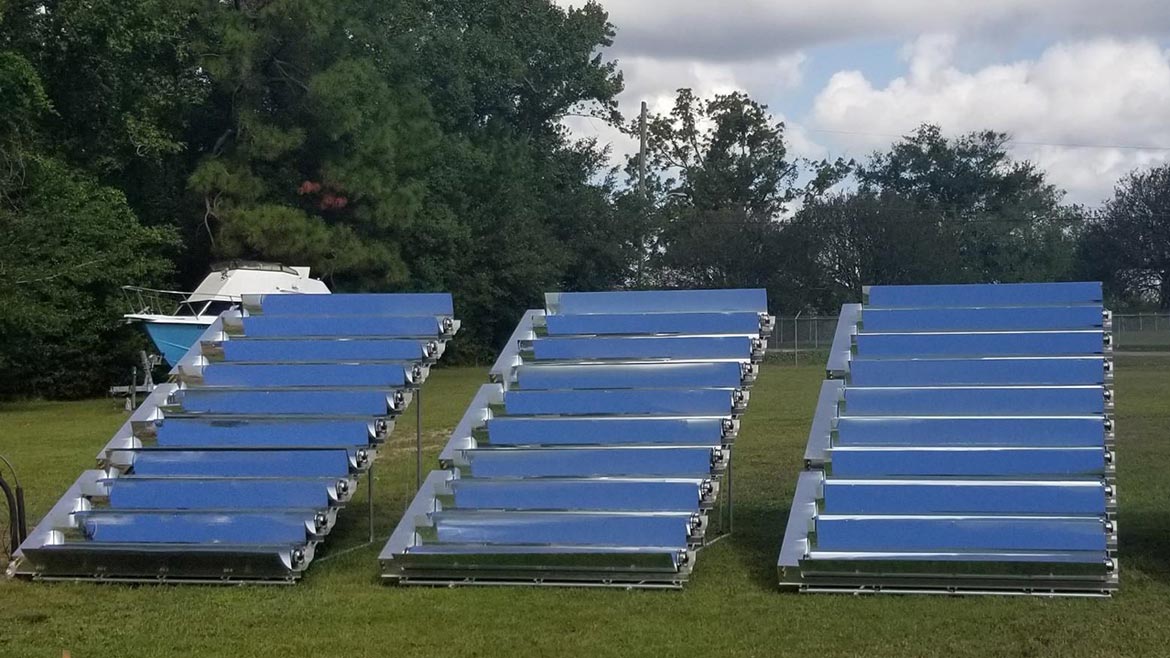 The parabolic trough is used the most often for High-Temperature Solar Thermal. The parabola curve used in the design is such that it reflects all incident sunlight onto a focus point, creating a concentration of solar energy.

Unfortunately, the Parabolic troughs being one dimension cannot take full advantage. The concentration ratio is typically 8 to 80 times the incident intensity.

Parabolic troughs typically operate from 500° to 860° with a maximum conversion (Carnot) efficiency of 56%. The working fluid contained in the tubular receiver is usually synthetic oil (molten salt or water/steam may also be used). Heat absorbed by this oil is used to generate steam via heat exchangers (Rankine cycle), to power a steam turbine, which drives an electrical generator. A power plant that uses this design will be comprised of several parallel rows of troughs, typically orientated on a north-south axis and each with a single-axis sun tracking system. 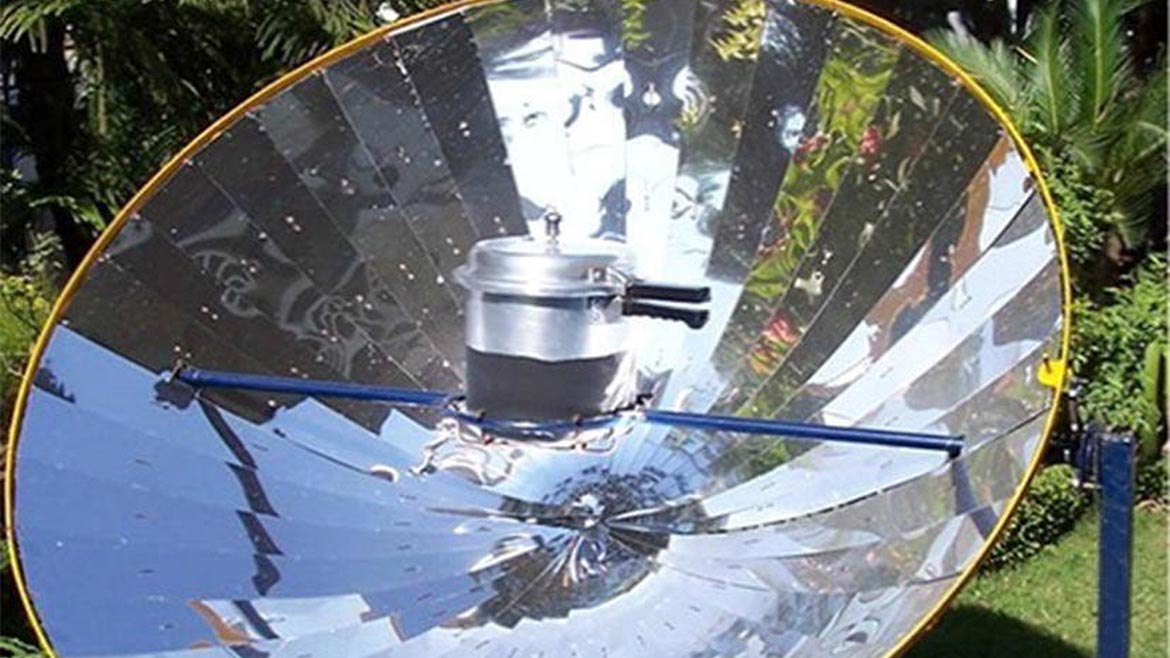 The parabolic dish is based on the same principle as the parabolic trough, however the dish is parabolic in two dimensions, and the incident sunlight is concentrated toward a single focal point. As a result, the typical concentration ratio is much higher at 800 to 8000, with operating temperatures ranging from 932° to 2192° F, and a maximum conversion efficiency of 80%. The working fluid is a gas, such as hydrogen or air, which is used to generate electricity via a small Stirling or Brayton engine attached to the receiver. Parabolic dishes employ double-axis sun tracking systems. 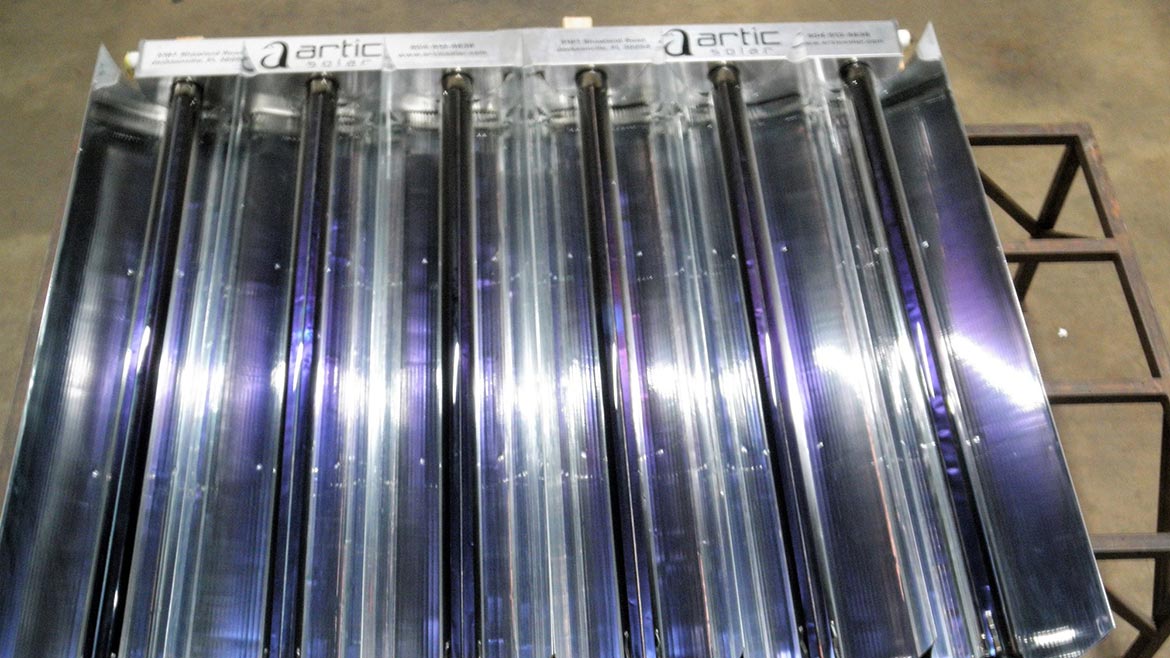 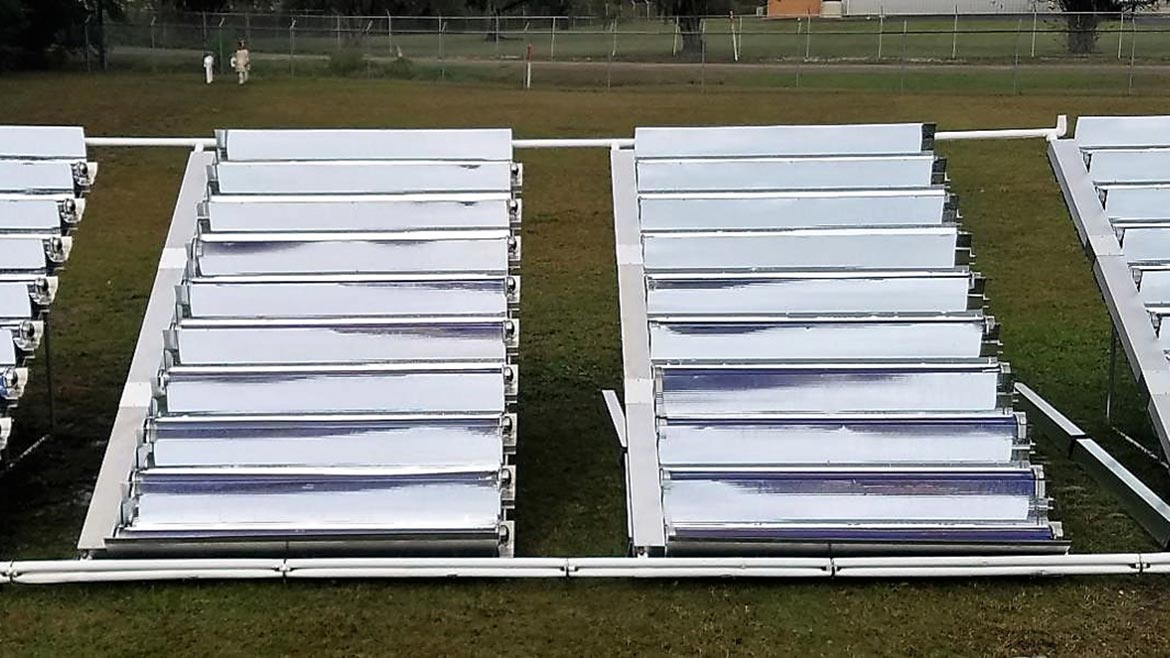 The hybrid system is technically an evacuated tube system with non-imaging optics of the East/West reflector is tuned to the collector to ensure maximum absorption of solar energy, maintaining peak energy generation even at an exceedingly wide angle of acceptance. This results in a concentration ratio of 1.4, meaning the absorber collects 40% more radiation without costly tracking systems. This system is designed to handle fluids in the 248° F to 400° F range. The system can keep the water-glycol mixture from turning to steam using different pressures maintained in the tubes.

Like a boiler or hot water heater, the fluid is pumped to a tank. In most larger jobs, the design would call for more than one system. In the typical solar thermal job, the boiler is stage 2-3 or 4. This is controlled the same way a multi-staged boiler project would be with lead-lag controller and individual pumps going to each exchanger. 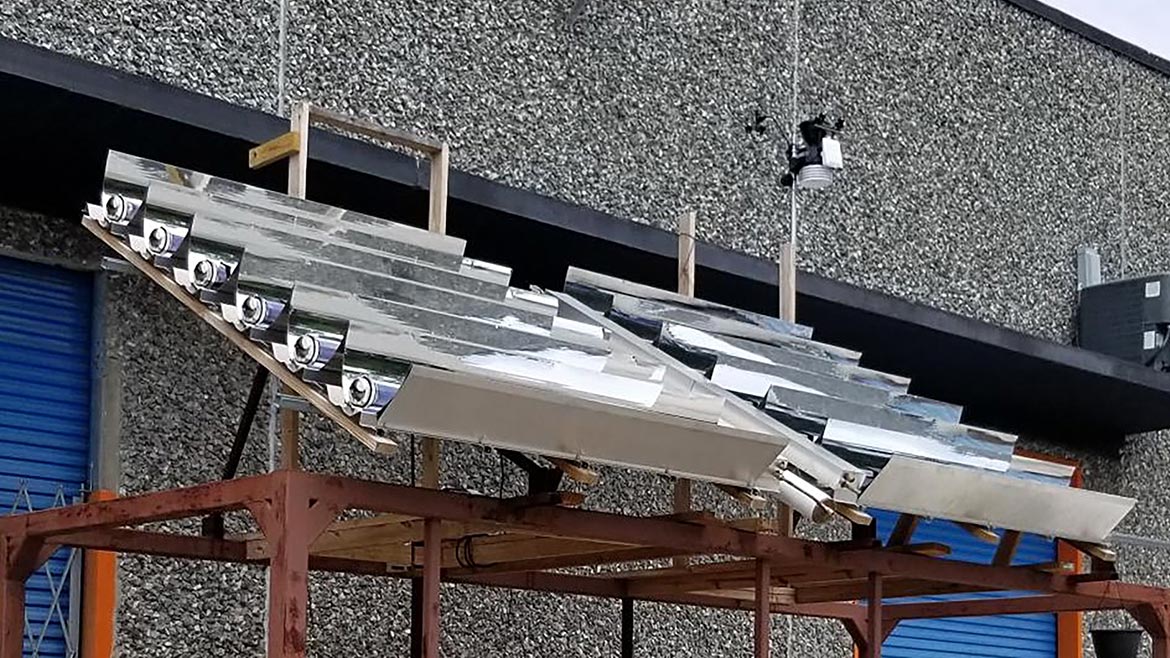 There should also be a solar storage tank, which can be combined into one large one for the separate loop’s boilers, solar, supply and return to the process. Also, like any boiler installation, there are valves, safeties and expansion tanks. Once you do research, read material on the website and take a few classes — you can be installing these systems in no time-provide your techs have the ability and willingness to learn.

I want to ensure that you do a proper estimate of the current, project Btu and requirements. And that you also pay attention to the factory recommendations in terms of installation of each section.

In the early 2000s, I had a competitor that was always cheaper than me. I could not figure out how the other company did this. I was patient and finally, my chance came when I started getting calls from their projects. The complaints were similar — low water flow and does not get hot enough. I went with a technician, and the first thing we noticed was that they were installing 13 to 14 panels per rack. I knew the maximum number of panels that could be used was 12. I contacted the factory, which asked if I could take a picture and send a copy to them.

After their engineers reviewed the photos, they contacted me and we set a time to have a three-way call with the customer. The engineer explained that the installer violated the design rules for this type of panel, confirming the issue the customer was experiencing was what could be expected on hot days. The result was the other company was made to come back and install one more row of panels. The factory also told them if this happens again, they could no longer be a dealer.

Since solar thermal was introduced, the installation cost has come down in price. Modern technology has increased installer productivity.

High-Temperature Solar Thermal is perfect because it helps reduce operational costs, greenhouse gases and is a terrific addition and profit center for your firm. The following industries currently use these types of systems:

Since solar thermal was introduced, the installation cost has come down in price. Modern technology has increased installer productivity. As the cost of oil and natural gas goes up, the cost to operate a solar thermal system decreases. If you have any questions or have read the article and something I wrote, you feel is incorrect, contact me at rgch9@outlook.com.

Ross Goldstein: Design your system for the ‘what ifs’

Ross Goldstein has been in the commercial, industrial and institutional comfort and commercial solar industry since 1986. He has a bachelor’s degree in management, an MBA in marketing and is certified in DX, Scroll, screw and absorption unitary and chilled water systems, steam, hydronics, IAQ solutions, and in solar thermal and solar hot air systems. He can be reached at ross@rmghvac.com.

Ross Goldstein: Design your system for the ‘what ifs’

Solar thermal: Why not utilize what we got?