A heating contractor is asked to create a multi-zone system that will supply 160 ºF water to several zones of heat emitters at design load conditions. A conventional cast-iron gas-fired boiler will be used.   Because of the extensive zoning, the contractor decides to use a buffer tank between the boiler and zone circuits to prevent boiler short cycling.  A hydraulic separator is also selected to isolate the pressure dynamics created by the variable speed circulator from those created by the other circulators in the system.  To maintain stable room temperature, the water temperature delivered from the buffer tank will vary based on outdoor reset control.

A schematic for the proposed system is shown in Figure 1 below.

Can you identify several errors or suggest some more refined design approaches for this system? 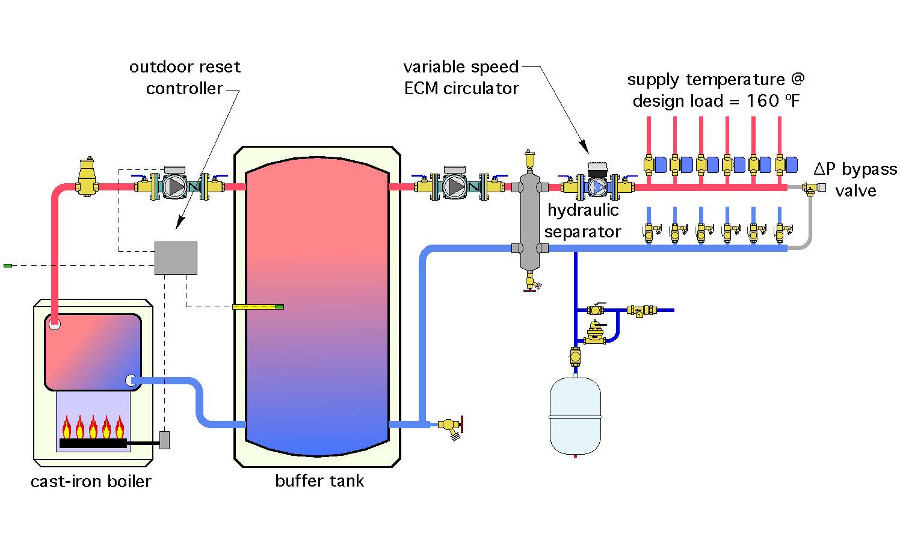 There are several ways to refine this system and still provide smooth heat delivery and stable hydraulic performance. 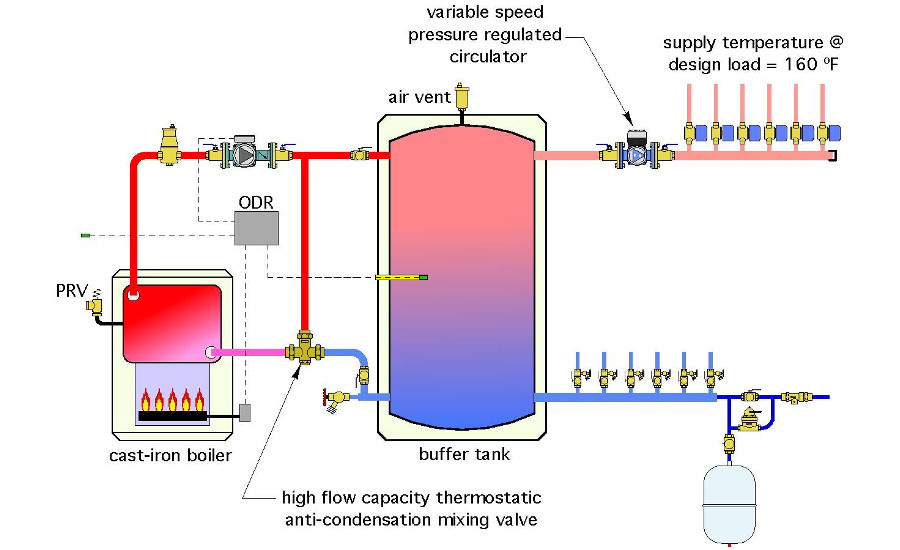 4.  Adding a float type air vent to the top of the buffer tank.

5. Adding a pressure relief valve to the boiler.

What Difference Does It Make?