Looking into the future 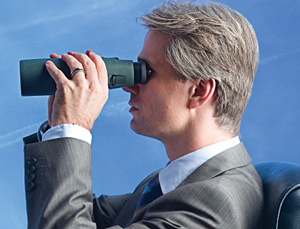 Coming off overall 6% construction industry growth last year, expert sector observers have been watching for major signs of change since the lame-duck congressional session officially began with the Nov. 6 Obama re-election and ended as the 113th Congress stood ready to assemble for a full session during the first week in January.

Unlike the energy sector, which frantically awaits further shots across the bow from the Environmental Protection Agency, residential and commercial construction has been more intent on hopeful signs of growing consumer demand and a more amenable credit availability climate before projecting solid expectations for the coming year. With that 2012 growth primarily powered by a housing comeback from the previous two years’ depression depths, the construction industry is hoping for a combination of demand growth, loan availability easing and a restocking of the lowest housing inventory since the end of 2010.

A positive wild card in the housing purchase sector could be foreign investment money increasingly shifting into U.S. fixed assets from a previous total commitment of billions into U.S. debt paper. Some of it comes from Canada, but an increasing intensity is being noticed in postings from Southeast Asia and even Indonesia.

Unlike the Japanese “bubble” that came and went over a short period in the late 1980s until the mid-1990s — concentrated primarily in commercial ventures — the current overseas investment input is focused more on residential housing, a good portion of which is designated as secondary homes by wealthy investors from the participants’ home nations.

Despite a recent increase in family formations, there is no chance of a return to the “family primary asset philosophy” that existed between the end of World War II with the return of millions of GIs and their resultant family-forming housing demand and the fall of 2008, which turned a constantly growing asset into an overnight liability. The subsequent short sales, foreclosures and home abandonments seem to have created a permanent trend toward renting or leasing.

Despite all-time low long-term mortgage rates, which seem not to have lit a fire under most potential buyers with the resultant insecurity of home prices (despite recent bottoming out), the switch toward “rentals” also is being fueled by the nation’s active unemployment rate, which has influenced literally millions to opt for the mobility of short-term rental exposure in case good jobs pop up in other parts of the nation.

From a construction-enhancing standpoint, these events have spurred a multitude of high-rise rental apartment building in most big cities, while individual home-leasing construction has abetted building spurts in rural areas as well as suburban collar communities.

When projecting commercial and industrial construction for the forthcoming 2013 building season, this forecast must remain a question mark for now since much is dependent on the U.S. government’s accommodation with its legislative branches. Suffice it to say that health-care initiatives, such as assisted living and the expansion of hospitals and emergency branches, will be coming under consideration.

The biggest conundrum of all, however, will depend on the White House’s approach to fossil fuel development (coal, oil and natural gas) and the pipelines, utilities and refinery expansion that could entail.

The answer could span the scope of industrial construction expansion from sparse to near boom proportions.

According to highly respected presidential historian Michael Beschloss, who also happens to be my elder son, re-elected presidents have inevitably focused on historical legacy as a major focus of their second term in America’s top governmental position. As most recent examples, Presidents Reagan and Clinton manifested their places in history by broadening their scope into foreign affairs. They achieved world recognition by expanding their U.S. stewardship in enhancing America’s role on the global stage.

Conversely, President Richard Nixon, who was re-elected in a landslide victory over Sen. George McGovern but then ran afoul of Watergate, and President George W. Bush, who saw his legacy squandered by an upset of both houses of Congress in mid-term elections, have been relegated to second-tier presidential status.

The next four years

President Obama faces a mountain of festering issues that can only be adjudicated by across-the-aisle bipartisan compromise. Such intractable stumbling blocks as debt ceiling resolution with comparable spending cutbacks; an automatic cutback in Defense Department and specific agencies’ budgets if recently agreed-to cuts were not met by year’s end; plus whether to let the Bush-era tax cuts lapse, impacting only the top tax brackets by the end of last year, were facing the Obama administration as 2012 ended.

That is only the first act in a pre-inauguration congressional gathering that will eventually have to offer consideration of a rational tax system to cover all income brackets. Unfortunately, the reasonable solutions to the greatest-ever increase in taxes, job expansion and shrinking of the trade deficit while at the same time confronting the extension of energy development, are being squeezed by the EPA.

At this juncture, the 140 million potential jobs sector, especially the two-thirds employed by multi-thousands of independent corporations, are in a state of suspense awaiting presidential and congressional action before launching badly needed expansions, potential acquisitions and more than the current moribund absolutely necessary level of upgrading.

Since these businesses control such an overwhelming segment of the full-time jobs sector, this is in a virtual holding pattern awaiting the breakthrough of bipartisan problem-solving, if it is even being contemplated. In any case, the heavy hand of Obamacare and Frank/Dodd financial regulations will continue to hang over this crux of employment.

If Obama’s Term II initiatives of “hands across the aisle” are initiated successfully, as implemented by previous successful second-term presidents, the U.S. economy’s engines and the positive employment results could finally get off their current frozen ground.

The 2018 US economic outlook

Morris R. Beschloss is a veteran of the industrial PVF business and a longtime industry observer. His career in the industrial pipe, valves and fittings sector spans more than five decades.

Commercial/industrial building on the rise

Surge in cement use bodes well