The Glitch: Pipe it just like any other boiler

An installer sets up a zoned distribution system as shown below. To keep it simple, he uses the same size piping for the headers and all the distribution circuits. The heat source is a low-mass, copper-tube boiler with high-flow resistance. The distribution system operates at water temperatures high enough that sustained flue gas condensation will not occur.

To prevent heat migration, he installs a spring-loaded check valve at the beginning of each zone circuit, just above the header. To control differential pressure, he installs a partially open globe valve across the ends of the headers. He sets the globe valve for one-turn open.

Can you identify and describe at least six details that should be changed? 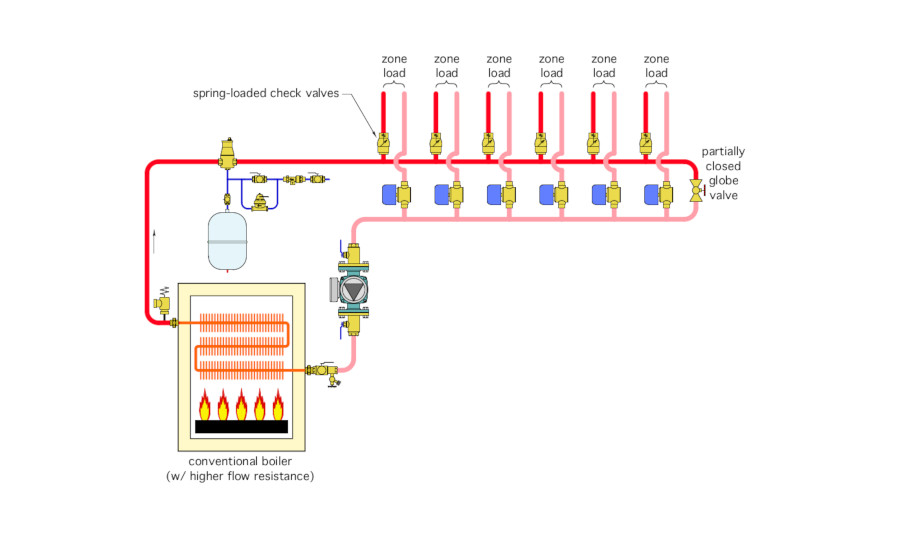 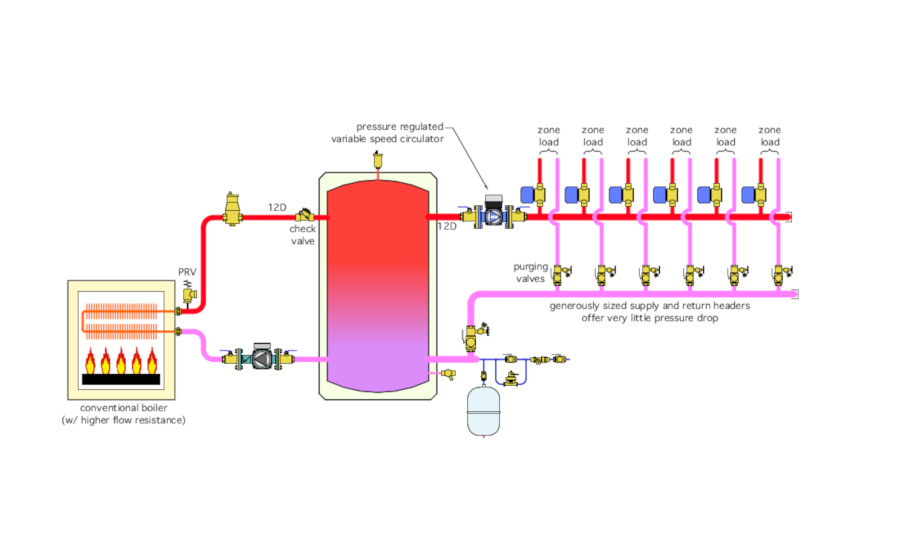 Here’s what’s wrong and how to correct it:

Please read here to view The Glitch and Fix: March 2019 in pdf form.